Down the main road of Abbadia di Montepulciano, a fraction of the comune characterized by a centuries-old farming tradition, a careless traveller may not notice Villa S.Anna. The protagonist of the story I’m about to tell you is hidden behind a thick hedge, built in among the houses and the elementary school, near the church and the bar of the town: the cellar and residence of Villa S.Anna rise right in the center of the fraction, reminding how ancient its story is and how important it is for this tiny hamlet of Montepulciano.

My visit takes place during the final days of the grape harvest: one of the owners, Simona Fabroni, welcomes me with elegance and courtesy. Just looking at the decorations and at the documents hung on the walls gives you a glimpse of the great respect that this Vino Nobile producer feels towards its tradition.

“Our family have owned this company since two hundred years ago – Simona explains me – There have been divisions during the years, with grandsons and grand-grandsons, and the big company is now a  middle sized one.”

Despite the divisions, the size of the company is still notable: Villa S.Anna owns 88 hectares of land, of which 18 are dedicated to vineyards and 70 are cultivated with tobacco and vegetables. The activity of the company mosty focuses around the vineyards, as they’re ancient producers of Vino Nobile.

Villa S.Anna is an all-female business: there’s Simona and her two daughters, Anna and Margherita. Around them orbits a team of professionists that works with passion and respect for traditions. The company has been named after Simona’s mother, Anna Maria Contini, changing from the previous name “Tenuta Abbadia”. 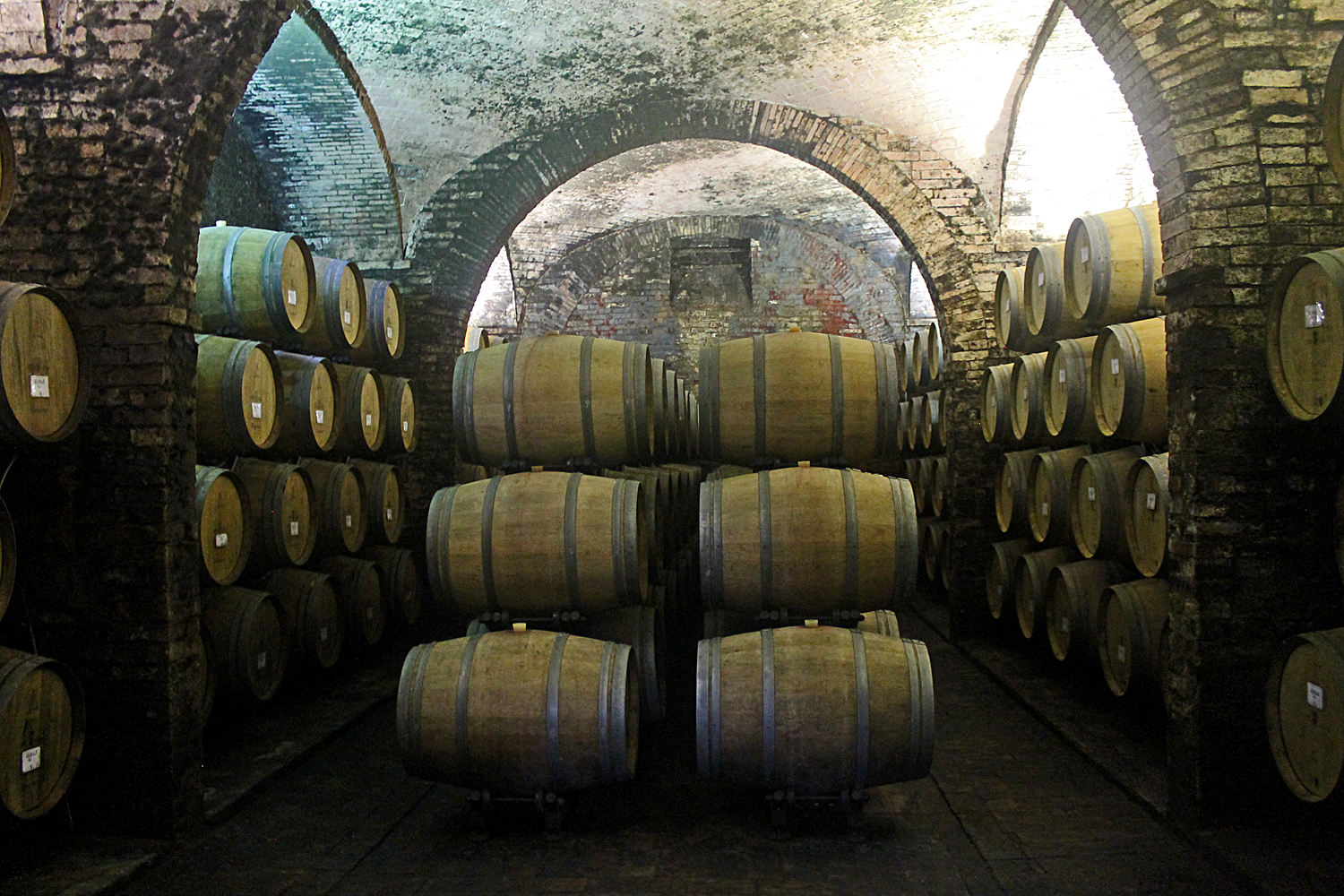 They have always been winemakers, but it was Simona who begun to sell it bottled; before, they used to sell only cask wine. The first bottle is dated 1989. During the last 26 years the philosophy hasn’t changed: to produce high quality wine, only bottle the excellences.

The deep respect for the excellence products has always been the focus of another important activity of Simona, also linked to Villa S.Anna: she has been the president of the Strada del Vino Nobile di Montepulciano for two mandates, and she’s now its vice-president.

“I firmly believe in this association: it can give a great help not only to Montepulciano, but also to the whole Valdichiana Senese, improving the reception and allowing the visitors to fully enjoy of the beauties and tastes of this wonderful territory. We must make the travellers feel like guests, welcomed and nurtured, not just people passing by. The touristic promotion association can give more relevance to the area, in a practical way.”

The care for the reception is also a basic value of the company. During the last few years Villa S.Anna worked consistently on this aspect: they arrange tours of the residence and allow visitors to tour the cellars with their centuries-old undergrounds in the historical center of Abbadia di Montepulciano. This thing started seven years ago almost for fun, but it’s gaining importance among the other activities of the company. The guests are showing increasing curiosity to know about the origins of the Vino Nobile, to visit the ancient cellars, understand the wine aging and refinement processes and to taste the wine, following few rules to fully enjoy it.

Villa S.Anna, which was initially only visited by a few people, now counts over two thousand presences per year; a number that is expected to increase in the future, thanks to the collaborations with some tour operators that have already brought reservations for 2016. 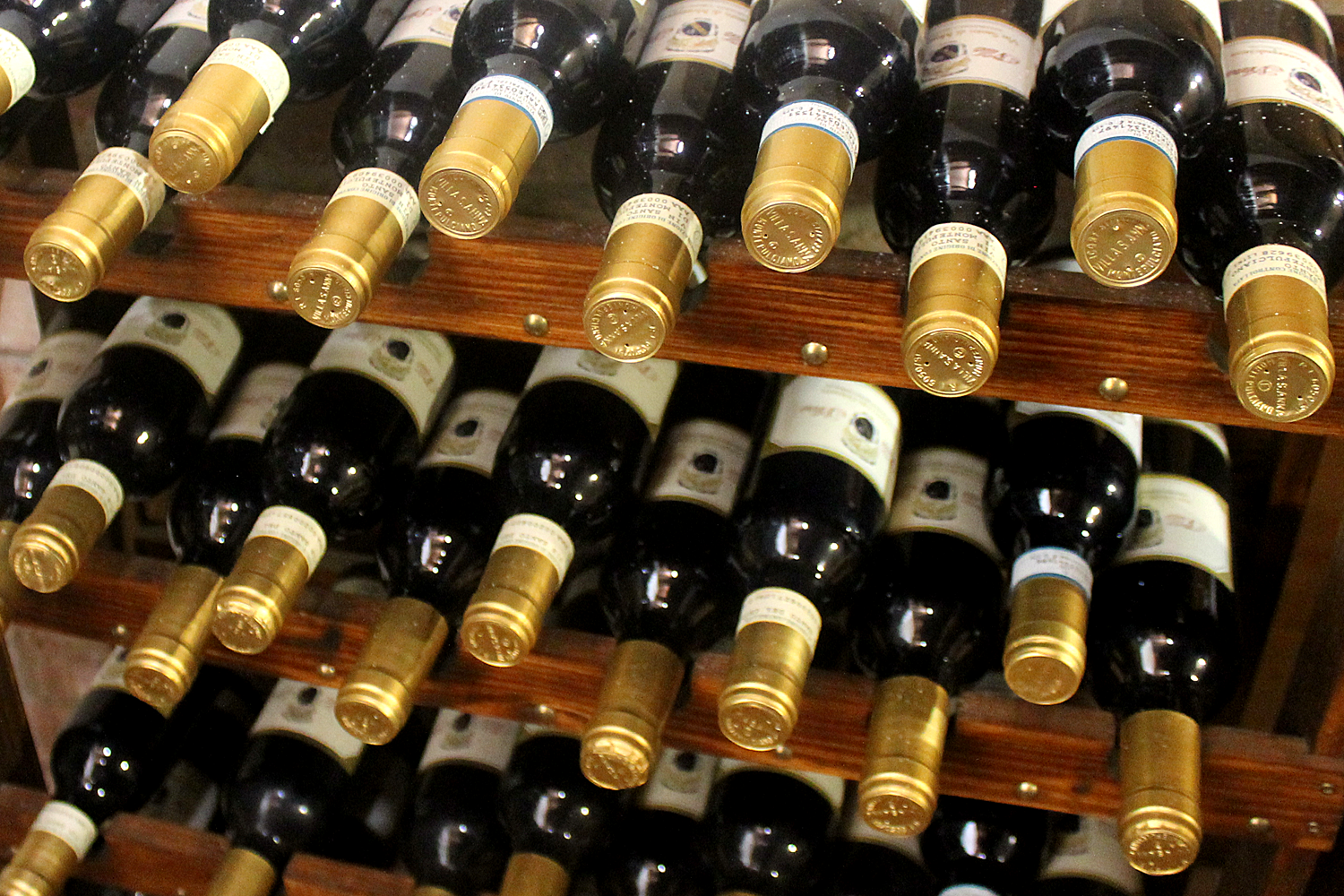 Since 2012 the company is enforcing the integrated pest control program, a cultivations preservation procedure that calls for intervention only when the insurgence of diseases is evident. In such cases, the products used to control the spread of the pest are formulated to require the least possible applications, granting the maximum respect for nature. A few months ago Villa S.Anna obtained the vegan certification, as a demonstration of how much they care fot the health of their customers.

The company philosophy is easily perceivable during the cellar tours, in the decorations of the ancient residence and in their welcome: the keywords are tradition and elegance. Villa S.Anna is proud to produce elegant wines, with important yet silky and soft tannins. The productions follows the course of nature and can change from year to year; the average yearly production is about 80.000 bottles. The main exporters of their wine are the United States, Japan and the other European countries.

Speaking of wines, the products of Villa S.Anna include a Rosso di Montepulciano, the Vino Nobile di Montepulciano and a Chianti Colli Senesi. And then a selection of Vino Nobile called ‘Poldo‘ after Simona’s father Leopoldo, the grand-duke Pietro Leopoldo I of Lorraine and the duke Leopoldo II whom, during the age of mezzadria, made the Valdichiana Senese wealthy and prestigious.

The real feather in the company’s cap is the vinsanto, which they produce using barrels that are over two hundred years old: they keep it in small chestnut caratelli (small barrels) for eight years minimum. It’s a sweet wine; its peculiarity is that it leaves the mouth immediately fresh and full of aromas. This vinstanto obtained a four vines from AIS, the maximum score possible in the recognition of this product.

“I believe that it’s extremely important that the guests understand what lies behind a bottle – Simona told me, before our departure – it’s not just the bottling process, but all the works that comes before:  professionality, passion and dedication. It’s a work that must be performed in respect of the tradition. It’s so important to know what our fathers learned about the ground, the climate and the peculiarities of our territory.” 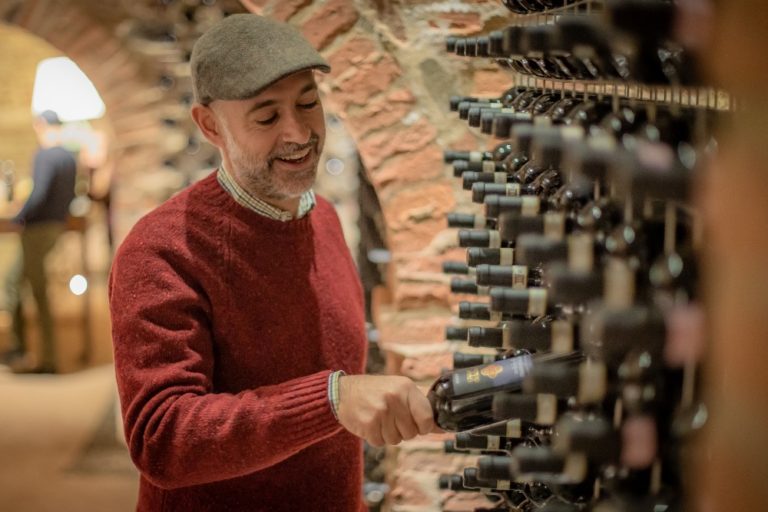 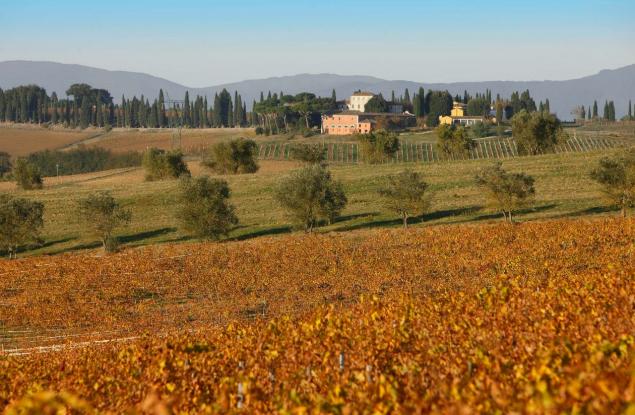 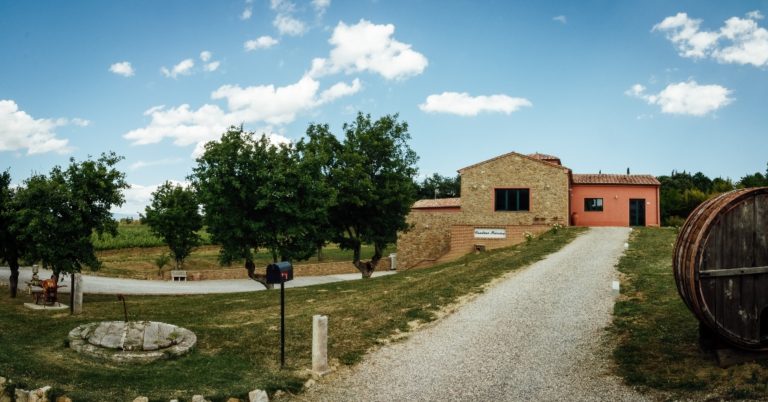